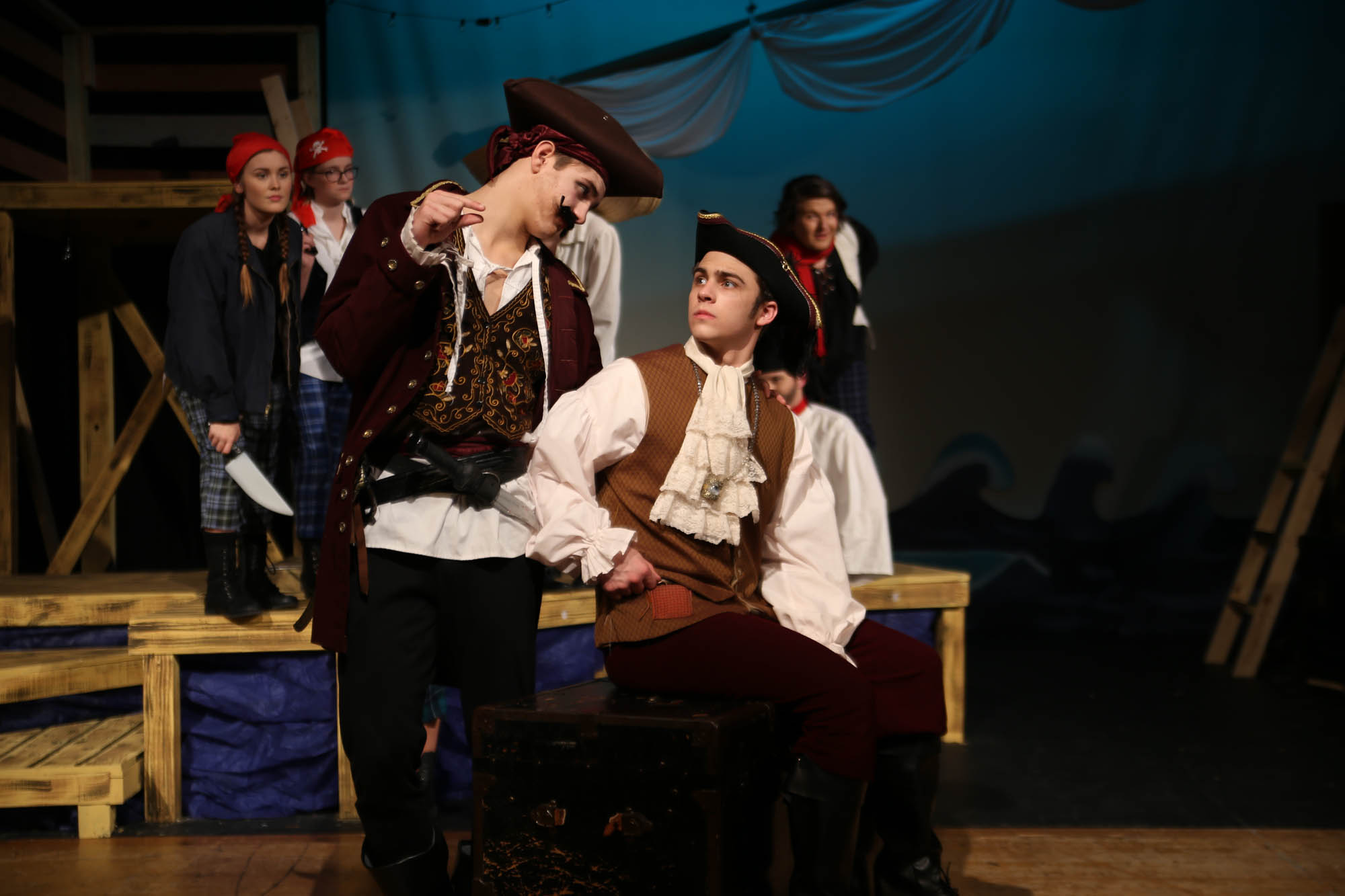 The Drama Department at Central Arkansas Christian Schools provides opportunities for our students to explore and develop their talents in creative expression. Our Creator, God, made us in His image and instilled in all of us the ability to create.

Our goal in the Drama Department is to equip students to create, using theatre as a medium, with the purpose in mind that all we do is for the glory of God. As our students go about experiencing what it is to be human — as Thornton Wilder describes below — we seek to provide an avenue where they can share their stories and God-given talents in a way that reflects the image of God.

One of the greatest benefits of getting involved in the Drama Department is that all of the skills learned in drama classes and productions are helpful beyond the stage:

“I regard the theatre as the greatest of all art forms, the most immediate way in which a human being can share with another the sense of what it is to be a human being.” — Thornton Wilder

As we equip our students to create, teaching them a variety of skills mentioned above, we hope to instill in them an appreciation for the arts and a continued desire to participate in and support the arts beyond our school.  In addition to participation and appreciation, our department strives to adequately prepare any student seeking to pursue theatre at a collegiate or professional level.

Students are given an overview of theatre from many perspectives — acting, technical production, auditions, history and types of theatre.

Students gain a hands-on understanding of all elements of technical theatre, including scenery, costumes, lighting, sound, make-up and design.

Students may audition for this performing troupe. Lights Up participants serve as ambassadors for CAC, performing at our own campuses, throughout the community of Little Rock/Central Arkansas and beyond. Students perform children’s theatre comprised of popular children’s stories, poems, rhymes, and raps for children in grades pre-K through six. Students also write their own spiritually-themed material for junior high and high school students which is performed for youth groups, chapel programs and spiritual community organizations.

All students (grades 6-12) are welcome to participate in Drama Club. Drama Club members have the opportunity to:

All students (grades 6-12) are welcome to audition for shows and to apply for a technical crew position. These opportunities include:

Elementary students at CAC can get involved in the Drama Department in a few different ways:

“The Seussification of Romeo & Juliet”  March 2017

“How to Succeed in Business Without Really Trying”  March 2016